Allie at A Literary Odyssey is hosting a Shakespeare Reading Month this January. I was already reading Contested Will and have a few other Shakespeare-related books on my TBR shelves so I decided to join in.

Contested Will is about the controversy over who actually wrote Shakespeare's plays. During college, I learned a little bit about this issue, that some people believe that a nobody like Shakespeare could possibly have written those works. I wanted to learn more about the topic, but hadn't really read anything about it until recently. I started a different book about the controversy last year, but I was about to head to England  and didn't want the thought that someone other than Shakespeare wrote the plays to ruin my excursion to Stratford-Upon-Avon, so quit reading after the first chapter. Ironically, while in Stratford, I picked up Contested Will, which is about the controversy.

Contested Will focuses on the two primary alternatives to Shakespeare: Edward de Vere (the Earl of Oxford) and Francis Bacon. I find Bacon to be an extremely odd choice as the writer of the plays and don't see how people believe this one. The "evidence" relies primarily on codes hidden in the plays and convoluted theories more appropriate for a Dan Brown novel.

The idea that de Vere wrote the plays is much more plausible. His life story matches with some of the happenings in the plays and he was involved at court and had a reason to remain secret. Some big names such as Freud bought into this theory.

My biggest issue is that I don't understand why people think someone other than Shakespeare wrote the plays. No one questioned it during his lifetime. It was common for people to publish works anonymously, so why would someone use Shakespeare as a front instead of just publishing anonymously? That just doesn't make sense. Also, the plays are clearly written with the available actors in mind, which only someone heavily involved in the theatre troupe would know. It seems like snobbery to me, with people not believing a nobody from Stratford could have written so well. But, he would have been taught Latin and had access to the books the plays are primarily drawn from, so why is that hard to believe?  Contested Will sets out from the start on the side of Shakespeare, so I am interested to read a work that comes from a different perspective, but I don't see myself changing my mind. I do think this is a good starting point for learning about the controversy.

I thought I'd also share some photos from my trip to Stratford. It's a beautiful little town and looks like the idyllic English village I think most Americans tend to picture England looking like!

Shakespeare and his wife are buried at a pretty little chapel near his home in Stratford: 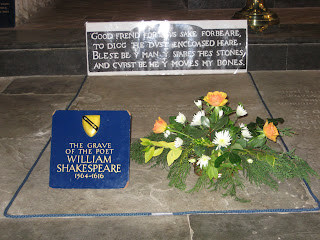 Shakespeare's childhood home and where he first lived after marrying Anne (with his parents!): 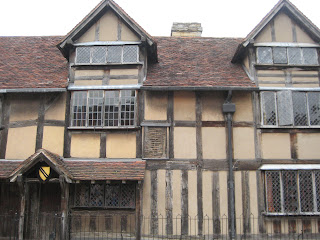 Me in the doorway to his house: 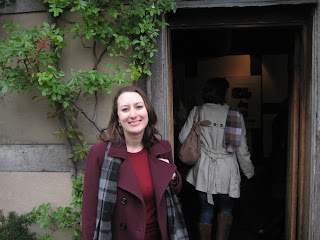 The beautiful street his house is on. I want to live here! 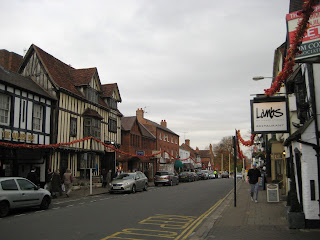 The altar and view about his grave: 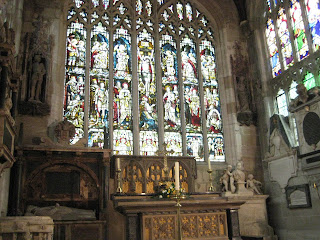 Sadly, Shakespeare's later home was mostly destroyed because the tenant got tired of all of the visitors! How horrible is that? They're doing excavation work, but just think of what we might have lost. Also, one cool thing about visiting his childhood home was that Thomas Jefferson, George Washington, Mark Twain and many others have visited too, standing in those same rooms and admiring the Bard just like I did. It's a bit of a trip from London, but it was well worth it for me!
Posted by Lindsey Sparks at 5:47 AM

Email ThisBlogThis!Share to TwitterShare to FacebookShare to Pinterest
Labels: Shakespeare