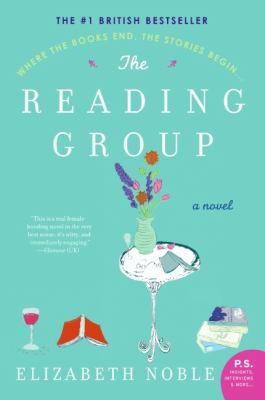 I started The Reading Group by Elizabeth Noble a while ago, and tried to read all the books the book club in the book reads along with them. But, I couldn't find all of the books (I could probably have done an ILL or something, but my local library system didn't have some of them) and there were a few duds out of the ones I did read so I gave that up. That also prevented me from enjoying this book as much as I could have, because I'd go a while in between readings since I'd be reading something else in between. I ended up not connecting to any of the characters, although I think that might have happened even if I'd read it all closer together. Something was just off in it for me. Maybe there were too many narrators, so I didn't get to know any one character very well. They were all also just a bit boring, or maybe it was just told in a boring way. The book made me tired usually, like it was putting me to sleep a bit. It was terrible though, or even bad, it just wasn't great. I can see how someone else could like it though, like I said, maybe I didn't give it a fair chance.

I did get to read Heartburn by Nora Ephron because of this book though, and I loved it, so at least there's that. And I made myself read Atonement because of this book, and ended up liking it as well, and would like to read more of his books. So all is definitely not lost.
Posted by Lindsey Sparks at 8:14 PM